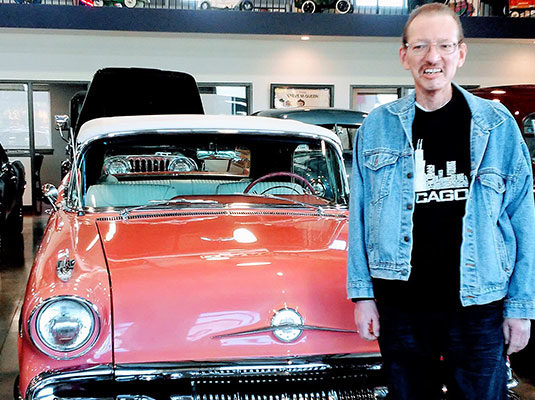 The organization has opened some new doors for me, socially… Some of the best times of my life have been at Pathways events.

Jim says life was a little dull before he joined us in 2009 at the age of 40. “The organization has opened some new doors for me, socially,” Jim said. He has made lasting friendships, which he feels would not have been possible without his involvement. Jim says, “Some of the best times of my life have been at Pathways events.”

After Jim was diagnosed with autism, he did research on the developmental disorder and immediately recognized the traits in himself. He has difficulty in social settings and really has to work at reaching out to others. Participating in our programs gave Jim the opportunity to connect with others facing similar challenges. “When I’m [at a Pathways event], I get to leave the society that judges me behind and hang around my own people. It’s like magic.”

In addition to social challenges associated with autism, Jim has also had to deal with some serious health issues, including Leukemia. He has spent substantial time in the hospital and added that dealing with these health concerns has been overwhelming. Attending our events helps take his mind off of what he’s going through. Jim added that “Pathways is like a light in the tunnel for me.”

While we have helped Jim develop a social circle, he has also learned how to better understand other individuals’ perspectives. He attributes this new skill to our staff coaching during activities and follow-up conversations.

One of Jim’s favorite events was a birthday party he planned for himself.  He was so excited to have friends help him celebrate and was very happy with how it turned out. “That was the best party I’ve ever had!”