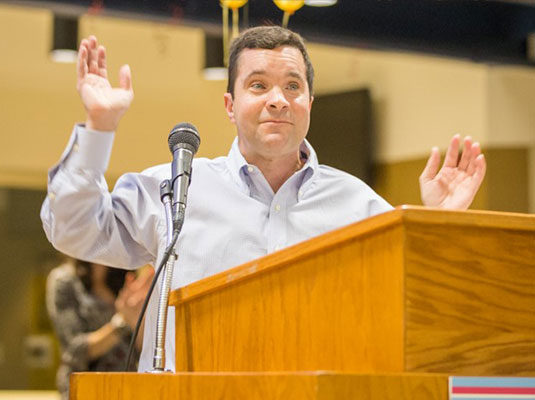 I feel more comfortable asking questions and having conversations.

Brian moved to St. Louis a few years ago after living in Cincinnati, Ohio. Although Brian and his parents had family in the St. Louis area, he didn’t want to leave his friends and his job of 22 years at Kroger.

A month after moving to St. Louis, Brian secured a job with Schnucks. He was excited to be working at the “Friendliest Store in Town!” However, Brian still felt a void because he didn’t have a group of friends like he had in Cincinnati.

Brian learned about us through a parent of another participant. Brian admits he was nervous to attend his first event, but he saw that the staff and other participants were very welcoming.

Brian has focused on creating meaningful relationships and expanding his social network. He credits our staff with helping him become comfortable with introducing himself to new people, and coaching him on conversation starters.

Since joining, Brian has made good friends and is more confident. “I feel more comfortable asking questions and having conversations. I’ve also improved by budgeting skills, so I don’t overspend.”

In 2019, Brian spoke at our annual fundraiser, sharing why our organization is important to him. He has also recently fulfilled another personal goal of moving into his own apartment.